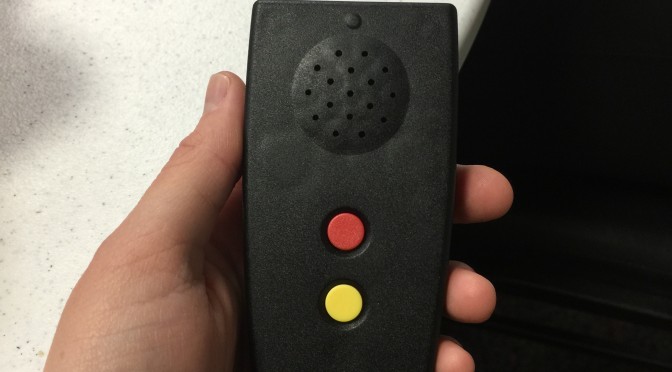 As a fourth year intern, students at UIWRSO get the chance to have their low vision rotation through the San Antonio Lighthouse for the Blind (SALB). The organization has been around for more than 80 years in the city of San Antonio, and has spread to many other cities, not only in Texas, but also to New Mexico and Oklahoma. I attended a Low Vision Club meeting where the SALB was able to show the students some of the various services they provide to the blind and visually impaired, so that before we go to our rotation, we have a good idea of all the incredible things the organization does.

UIWRSO students get very familiar with the SALB’s Low Vision Clinic, which has seven state-of-the-art exam lanes. The speakers explained that the eye exams actually used to take place in a much smaller location, which is now part of the Lighthouse Rehabilitation Center for the blind or visually impaired, where they learn to live independently and do daily chores and tasks on their own. Not only do they provide these services, but they also help in teaching people new skills or help in assisting them in continuing their work (with or without the use of visual aids), so that they can become successfully employed.

The SALB is unique in that it employs close to 425 people, which nearly half of whom are blind. The products that these employees make are distributed and sold in over 14 stores throughout a few states. Employees get competitive pay, and also medical and retirement benefits. They manufacture various supplies, including those for offices, as well as those for the military. The speakers showed us some of these supplies, and the craftsmanship on the products was impeccable.

The organization also has a shop for the blind here in San Antonio. They are able to purchase products such as braille materials, large print items, canes, magnifiers, etc. They showed us some of the items that the blind or visually impaired can buy. One of the most interesting products was a little remote-control looking item. The speakers explained that the blind and visually impaired need help in determining colors for the clothes they wear, which is something I think people take advantage of everyday. The remote control is pressed up against the clothing in question. You push a button and the device tells you what color the clothing is!

Not only does the organization have all of these great programs and devices, but they also have the Blind Children’s Education Program, which is the only one of its kind in Texas. It helps children from birth to the age of 14 with the use of enrichment programs and several activities throughout the year. One of the speakers explained how their annual Easter egg hunt is a huge success and is getting bigger each year. They told us a story of how one mother of a visually impaired child had “never seen her child happier” than when they found one of the eggs during the Easter egg hunt this past year. 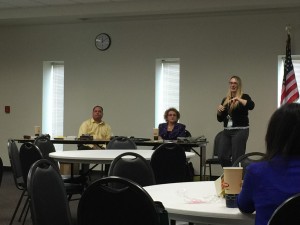 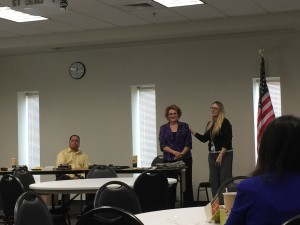 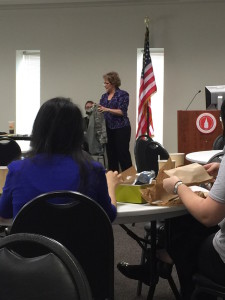 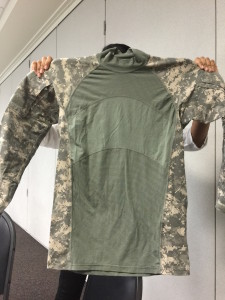 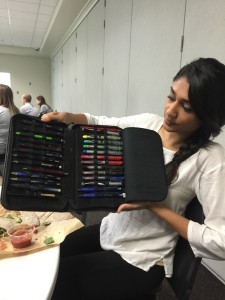 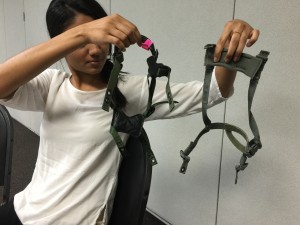 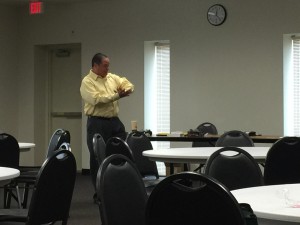 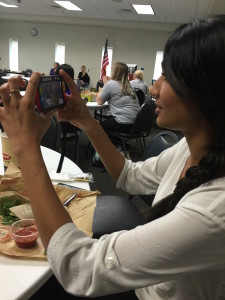 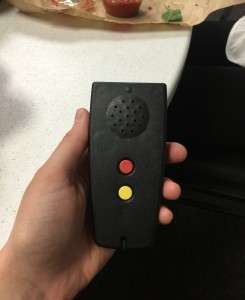 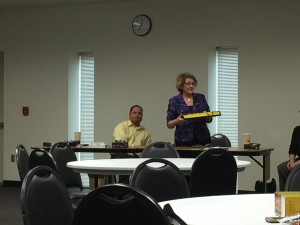 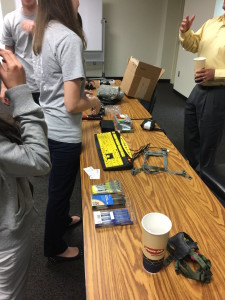 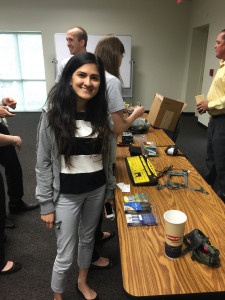 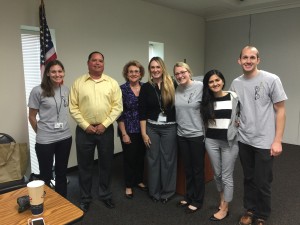